Stay up to date on China’s anti-pollution campaign.

This White Paper will give you insights about :

Get the White Paper 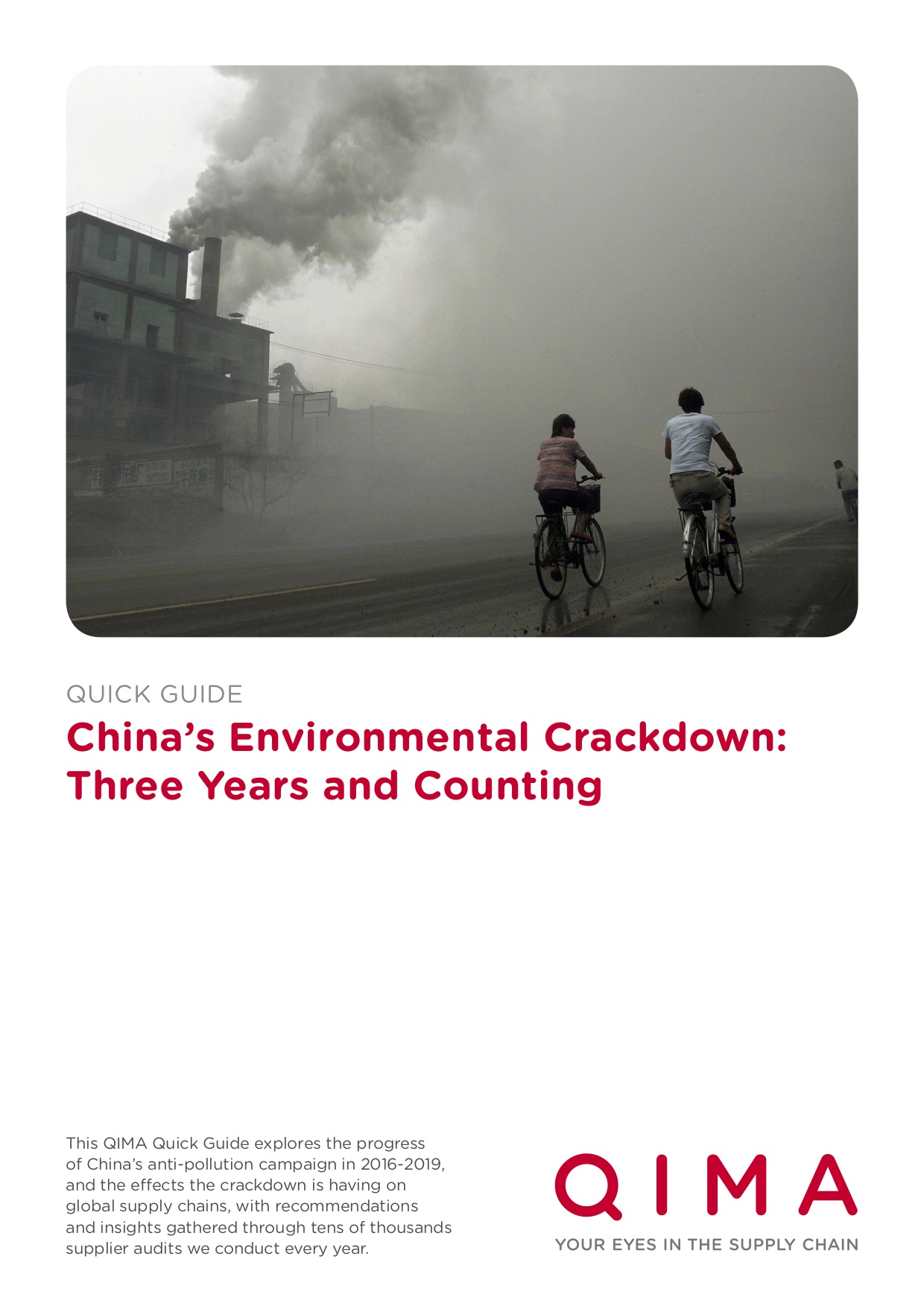 This autumn, companies across multiple industries were hit by production delays on the part of their Chinese suppliers. Though this disruption may have come as a surprise to Western brands, China’s environmental campaign began over a year ago.

Pollution has been China's hot-button topic for a long time, and in July 2016, the government put its new environmental policy in action. Now in their fourth round, the central environmental inspections have finally become noticeable in the West as thousands of factories failed to meet their shipping deadlines this year.

According to the estimates, as many as 40% of China’s factories have already been affected by the crackdown. Many were wiped off the map, unable to comply with the environmental requirements or pay the steep fines, which amounted to a total of USD $54 million as late August 2017.

For companies sourcing consumer goods from China, including toys and textiles, risks get higher further down their supply chains, as raw material suppliers and dyeing facilities are among the worst polluters, and therefore, at the highest risk of closure.

Get the White Paper